The Greater Kansas City Friends of Fisher House, officially recognized by the IRS as a 501(c)3 non-profit, is the local affiliate of the Fisher House Foundation.

Without the support of the local community, the Fisher House Kansas City would not exist, nor would the VA be able to meet the mission of providing “a home away from home” for the families and caregivers of hospitalized Veterans and Active Duty Service Members. We need everyone in the Greater Kansas City area to get involved; through a financial donation or by volunteering your time. Our veterans have sacrificed for your national security and economic prosperity. Show your true appreciation by supporting the house. 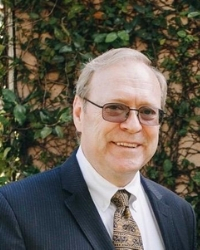 Mr. Mark S. Davis is a retired Army officer and a former member of the Army’s Senior Executive Service. As an Army Officer he served at every level of the Army, with five commands, two of Task Forces in Kosovo and Iraq. He retired from active military service after nearly a quarter century. As a civilian, he was appointed as a Highly Qualified Expert in January 2008 and as a member of the Army’s Senior Executive Service in the Office of the Assistant Secretary of the Army for Manpower and Reserve Affairs on December 5, 2010. Mr. Davis retired from Federal Civilian Service in June 2018. As a Senior Executive he served as the Director of Strategic Initiatives for the Assistant Secretary of the Army; as the Deputy Assistant Secretary of the Army for Marketing; and as the Chief of Staff for Army Medical Command. He received his Baccalaureate from Kansas State University and is a member of the Kansas State ROTC Wall of Fame. He has two masters Degrees; one in Management and another in National Resource Strategy. He is a graduate of the Infantry Officer Basic and Advanced Courses, the Command and General Staff College, The Industrial College of the Armed Forces, and Harvard Kennedy School’s Senior Executives in National and International Security. His awards and decorations include the Army Superior Civilian Service Award, the Legion of Merit, a Bronze Star, Global War on Terrorism and Expeditionary Medals, the Kosovo Campaign Medal, the NATO medal, several Meritorious Serve Medals, and Army Achievement and Commendation medals. 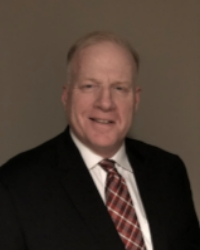 Jeff served in the US Navy for 34 years. Since returning to the Midwest after his September 2016 Navy retirement, he has been focused on a variety of veteran related issues. He served as the President of the Greater Kansas City Friends of Fisher House Board from April 2019 to 2021. He and his wife (and fellow board member) Cynthia live in Blue Springs, Missouri. 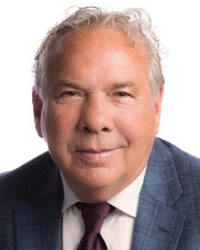 Art’s law practice focuses on mergers and acquisitions, corporate finance, commercial transactions, securities law, capital formation and international law. In his 40-year career, he has represented both privately held and publicly held companies, start-ups and small businesses in various transactions. Those transactions include but are not limited to mergers, sales, purchase and financing. Art is credited with developing a legal practice dedicated to both representing and negotiating on behalf of client financing with commercial banks, private equity funds, health care providers, venture capital funds and angel investors. In June of 2015, he left Levy Craig to launch the jump start of the Kansas City offices of Aegis Professional Services. 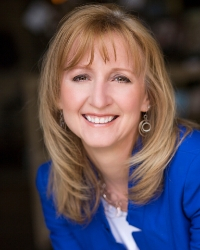 Ms. Jennifer Peek founded Peek Advisory Group in 2010 which specializes in financial consulting services for middle-market, women-owned businesses. Prior to that Ms. Peek had nearly 20 years of experience with companies including Baird, Kurtz and Dobson CPAs, Sprint PCS and Sprint Corporation. She has also owned several businesses, is a real estate investor having owned two multi-family investment properties in mid-town Kansas City for over 10 years. She holds a Master’s of Business Administration from Rockhurst University, is a licensed CPA and holds the CVA (Certified Valuation Analyst) designation. Katie Payne is an Army wife and mother to four daughters. She is also an Army mom with a daughter and a son-in-law who are Army Lieutenants. The Kansas City area has become home for her family. She is a Realtor and is passionate about helping military families navigate the home buying and selling process. Katie serves on the Fort Leavenworth Spouses Board and stays involved in the community. She and her husband live in Leavenworth, KS and are preparing for an empty nest. She enjoys spending time with family, exploring local shops and restaurants, traveling and football season. Katie has several friends who’ve been directly impacted by the Fisher House mission of providing a home-away-from-home to military families. She is excited to be a part of this great organization.